"Thank you," "you're doing a good job," and other priceless awards

I was chatting to someone at an event recently, and the topic of longevity in the SCA came up. Since very shortly after I joined, I've been told that the average SCAdian lasts around 3-5 years before quitting. I've heard a few reasons for this - internal politics, failure to integrate into one group or another, event burnout, etc. - but this person had a slightly different perspective.

In your first 1-5 years in the Society, it's common to receive quite a lot of recognition fairly quickly for the things that you do. If you're active, you'll probably get an Award of Arms, maybe a baronial award for service, combat, and/or arts and sciences, and possibly even a kingdom-level award for the same. After that, there's quite a long gap. Everyone knows that you make beautiful clothes or run the best events around, and since you've been recognized for it, there's not much more to say - at least, unless you receive a peerage ten or fifteen years down the road for it. You start to feel forgotten or underappreciated after a while, which makes other small annoyances seem larger.

Now, I'm not sure that I totally agree with this person's perspective. (I'm not sure everyone is that bothered about how often they receive awards.) However, if people leaving the SCA is at least partially caused by feeling underappreciated by the community, it may be possible to fix it. It's good practice in general to express appreciation for the people around you. 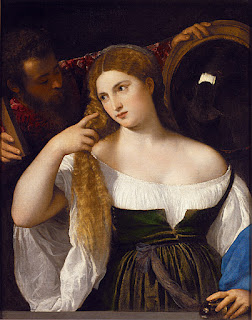 At a recent meeting of the Montengarde Culinary Group, someone went out of their way to tell me that they thought I'd been doing a good job. I respect this person hugely, and that small comment was worth much more to me than any formal award I've received to this point. The simple courtesy of just saying "thank you," "you did a wonderful job," or even "I love how you do 'x'" in a meaningful, sincere way can be even more important than an award recommendation to someone whose energy is flagging.

Here are some of the ways I intend to show more gratitude and appreciation for others in the SCA in the future:

How do you show your appreciation for the people in your shire, barony, or kingdom?
Posted by Allie at 07:58