The Fear of Being Responsible 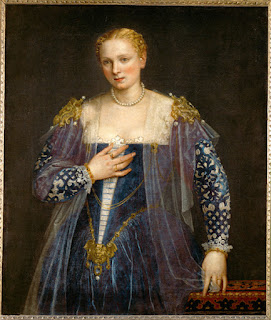 The first time I ever co-stewarded an event was Beltane 2015. Brangwayn the Ever-Present was the chief event steward, and I marveled at how calm and collected she was through the whole process - no matter what anybody wanted, no matter who had something "constructive" to say about the event, she was as cool as a cucumber. Whenever anyone asked me a question or had a concern, I quickly pointed them her way and worried about it for hours.

That same event, the Culinary Group had its first big foray into feast prep. We made appetizer platters for eight tables of ten, and I was an absolute wreck. Coordinating all the different elements of the platters, arguing with folks who said they'd be involved and then decided not to be, and making sure everything was done on time and plated properly made me terribly anxious. Baron James had time to be in the kitchen that day, and calmly walked us through the afternoon. It was incredible to me how reassuring he was and how confidently he was able to assess the situation and help us out.

When I stewarded my first event in a leading role - Twelfth Night 2016 - everything went well until the mid-afternoon. There were no garbage cans, the feast was late due to communication issues, the entertainment I'd planned didn't go quite as planned, kids were getting into trouble, and all kinds of other details started going haywire. I spent over an hour hiding in a room upstairs in tears. Drifa and Rosaline talked me off the proverbial ledge and gave me the strength to finish the event, but I swore to myself that I'd never run another one again.

At Grand TUA in Spring 2016, I was one part of a two-person team with Asa. I was beside myself worrying about if we had enough of this or enough of that, how to put things together and plate things properly, but her enthusiasm and determination to succeed got us through everything. The guidance of two much more experience feast stewards - Mistress Coryn and Mistress Joan - calmed everything right down and I learned so much from their grace under pressure.

When it comes right down to it, I get really scared of being in a leadership position. Every time I'm responsible for a task which has to go right, I spend weeks and weeks agonizing over every little detail which might go wrong. I don't understand what it takes to not be constantly terrified of what might happen! I don't yet understand how all of these people who I rely on so much have come to a place in their lives where they are able to take on responsibilities so calmly and gracefully.

I think a lot of things which I struggle with in my life come down to my fear of being responsible for things, of exposing myself to criticism, and opening myself to the possibility of failure. I worry and worry and worry in the hopes that somehow I'll be able to think myself out of any potential problem that might come my way, instead of just trusting that either I'll be able to deal with it myself or there will be people around me (as there always are!) who will be able to lend me the support I need.

Anxiety is always going to be a cold hand on my shoulder, I know that. It's not something I can really help, but I hope one day it will be something I can better keep under control.
Posted by Allie at 20:57