Being Okay with Being Afraid - Twelfth Night 2017 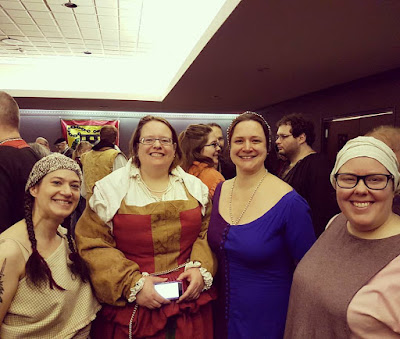 About two and a half years ago, the king of An Tir came to Snoweaters down in Windwyrm. Myself and another gentle were about to vie to become Montengarde's bardic champion at Samhain, and so we were asked to perform in front of the assembled populace during feast.

I remember clearly the feeling of looking out over the crowd in my very first yellow linen kirtle, sick to my stomach, with the blood draining from my face. It was the hardest thing I had ever done. I chirped out some rendition of a song that I don't even remember now. All I can remember is telling the crowd how afraid I was to throw up in front of the king of An Tir!

"I'll never do this again," I said to myself, and I really believed it. I resolved to tell the current bardic champion the next day that I was dropping out of the competition.

I didn't. A few weeks later, I croaked my way through two entries and stepped up as bardic champion of Montengarde.

What followed was a very difficult year in which I had to overcome many internal and external challenges. I was sometimes stretched to my limit. I also realized the immense power of friendship and how essential it is to have a team - especially when you feel like you are "supposed" to go it alone. It's a lesson I haven't forgotten even to this day. When I stepped down, I told myself (very firmly) "I'll never do this again." I really believed it then, too. 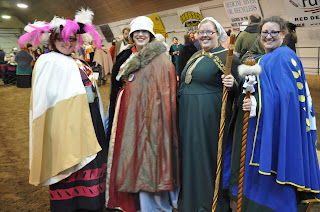 As I have carried on through my SCA career, there have been many times when I have been pushed to and beyond my boundaries. I have been afraid, I have been badly hurt, I have been indignant and even in a full meltdown state over things I should have planned for or couldn't prevent. Every time, I have told myself that I would never try that thing again.

When it came time to declare my intention to vie for Arts & Sciences champion, I was afraid, too. I was afraid of being judged, of people noticing me, of people talking about me unkindly or thinking about me as stupid or immature or uninteresting. I was afraid of the bad feelings that might arise between myself and those who were vying with me. I started to say "I'll never do this again" before I'd even begun to put my entry together.

However, over these few years in the Society, I have learned how much more important it is to be brave than to let that fear win. I decided to vie because I was afraid. Fear can nail you to the floor, or it can give you the energy to fly.

This year, I was really honored to vie alongside three other talented and brave artisans. I was humbled by their skill and knowledge and I have learned - and will continue to learn - valuable lessons about my own future as an artisan and researcher from all of them.

The judges and Their Excellencies tasked me with the responsibility of being Montengarde's Arts & Sciences champion this year. Thank you for believing in me. This time, I'm excited for what will come next. I am excited to grow more. I will definitely, definitely, do this again. 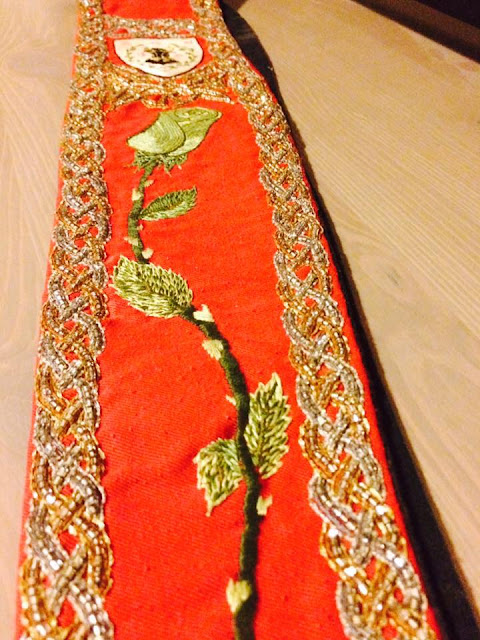